skip to main | skip to sidebar

I first ventured into the blogosphere in the spring of 2008 and did so because I felt an urge to join the roiling debate about the future of The Episcopal Church in the wake of the 2003 approval of Gene Robinson's election to become the Diocesan of the Episcopal Diocese of New Hampshire and followed by the election of +Katharine Jefferts-Schori to become the next Presiding Bishop of our church.  From the perspective that I held at that time, I believed that both of these decisions were poor one's for the Church and I wanted to add my voice to the shrinking body of conservatives urging the Church to tread carefully before going further down a path toward the liberalization of our Church.  For the next few years I posted several hundred times on what I felt were political matters within the Church and at times I feel that I became far too partisan.  It was as if I had become a holy warrior in a battle to defend the faith and save the Church.  I was convinced I think that if a course change did not occur that I would be forced to leave the Church (The Episcopal Church that is).  Suffice it to say that I've had a perspective shift.  While I still consider myself to be a traditionalist and moderate to conservative Episcopalian - Anglican, I entertain no thoughts of leaving the Church that I love, and I have no conception of myself as a holy warrior and no charge from God to defend the faith.  Quite the contrary I am perfectly comfortable living with the tensions that currently affect Anglicanism (and really most of western Christianity) and I am very much at ease with the knowledge that "the Church" is not mine, either to own or to defend.  The Church, and "the faith", belong to God and God alone.  Moreover, He is perfectly capable of mounting whatever defense of "the faith" He deems necessary or appropriate.  Saint Paul's words in Romans 12:19 speak new truth to me: "Beloved, never avenge yourselves, but leave it to the wrath (justice) of God, for it is written, 'Vengeance is mine, I will repay, says the Lord.'"

I took this blog down in May 2013 and originally intended to abandon it altogether and either leave blogging to others, or create a whole new blog.  I actually started to build one but have never published in it.  There was something just not right about it.  I missed the comfortable format of Cotton Country Anglican, CCA was my blog home.  And so I've returned home, done some housecleaning (including removing all of the old posts) and today I begin again. 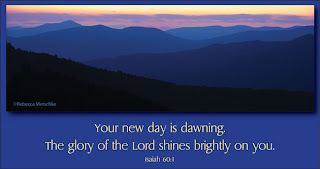 My blog focus from this point forward will be upon the Kingdom of God on earth and my responsibility to help advance His Kingdom.  Because I am intentionally making a new beginning, I am initially focusing upon two passages of Scripture: Psalm 46:10 ("Be still and know that I am God") and Mark 1:14-15 ("Now after John was arrested Jesus came to Galilee, proclaiming the good news of God and saying, 'The time is fulfilled, and the kingdom of God has come near, repent, and believe in the good news").

During my quiet time away from blogging I have tried to pay attention to the often soft voice of God so as to hopefully be ready for whatever He might have to say to me.  I've spent some time with Scripture, particularly the Book of Revelation and the Gospel according to Luke, and I've read a book by Western Louisiana's bishop (Jake Owensby) entitled, Connecting the Dots.  I have also begun a re-read of C. S. Lewis', "Miracles", a slow read and contemplation of two small works by retired Methodist bishop Rueben P. Job entitled, "Three Simple Questions" and "Three Simple Rules", and just recently entered into a study of how Christianity is, and has been over the last 2,000 years, evolving - the phenomenon referred to as "Emergence Christianity" (and discussed in the book The Great Emergence by Phyllis Tickle).

It is Job's little books that have been particularly helpful for me and because I have become convinced that I need to reconnect with God and to learn anew just who He is, the God of love, hope and purpose.

The questions that Bishop Job asks are these: 1) Who is God? 2) Who am I? and 3) Who are we together?  In subsequent posts, I'll talk about these questions in more detail.

The rules that Bishop Job suggests are straightforward and have done good things for me.  They are: 1) Do no harm; 2) Do good; and 3) Stay in love with God.  These too will be fodder for posts to come.

A guiding principle that I shall endeavor to follow in future post is to have them be positive in both substance and tone.  That does not mean that subjects addressed might not be challenging or controversial, but it does mean that I will strive to be objective and fair in my treatment of whatever is being discussed. It most especially means that I will steer clear of personal criticisms or of falling into the trap of attempting to demonize those with whom I might disagree.  We are, all of us, the beloved children of God!

For today I close with a few words from the hymn, "Stay in Love With God":

God bless you, Joe. Appreciate this post very much.

Let us confess our sins against God and our neighbor:

Most merciful God, we confess that we have sinned against you in thought, word, and deed, by what we have done, and by what we have left undone. We have not loved you with our whole heart; we have not loved our neighbors as ourselves. We are truly sorry and we humbly repent. For the sake of your Son Jesus Christ, have mercy on us and forgive us; that we may delight in your will, and walk in your ways, to the glory of your Name. Amen.

Almighty God have mercy on us, forgive us all our sins through our Lord Jesus Christ, strengthen us in all goodness, and by the power of the Holy Spirit keep us in eternal life. Amen. 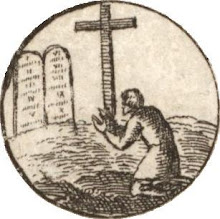 Repentance is a change of thought and action to correct a wrong and gain forgiveness. In religious contexts it usually refers to confession to God, ceasing sin against God, and resolving to live according to religious law. It typically includes an admission of guilt, a promise or resolve not to repeat the offense; an attempt to make restitution for the wrong, or in some way to reverse the harmful effects of the wrong where possible.

"God abides in those who confess that Jesus is the Son of God." 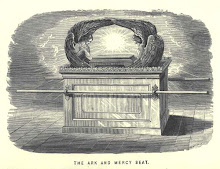 Yes to The Anglican Covenant (with or without Section IV)

From the worth thinking about department:

Modern Christians must never lose sight of the message central to Christianity and the true mission of "the Church":

"Go therefore and make disciples of all nations, baptizing them in the name of the Father and of the Son and of the Holy Spirit, teaching them to observe all that I have commanded you; and lo, I am with you always, to the close of the age." Matthew 28:19,20

The Price Paid To Make Possible Our Salvation 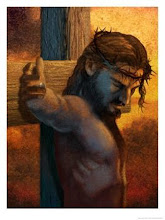 More from the worth thinking about department:

A church marque provided this notable quote about Holy Scripture for the modern Christian: 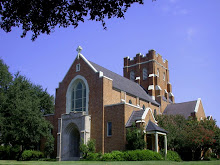 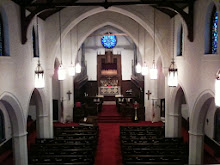 Our glimpse of heaven ... 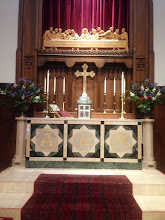 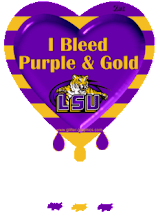